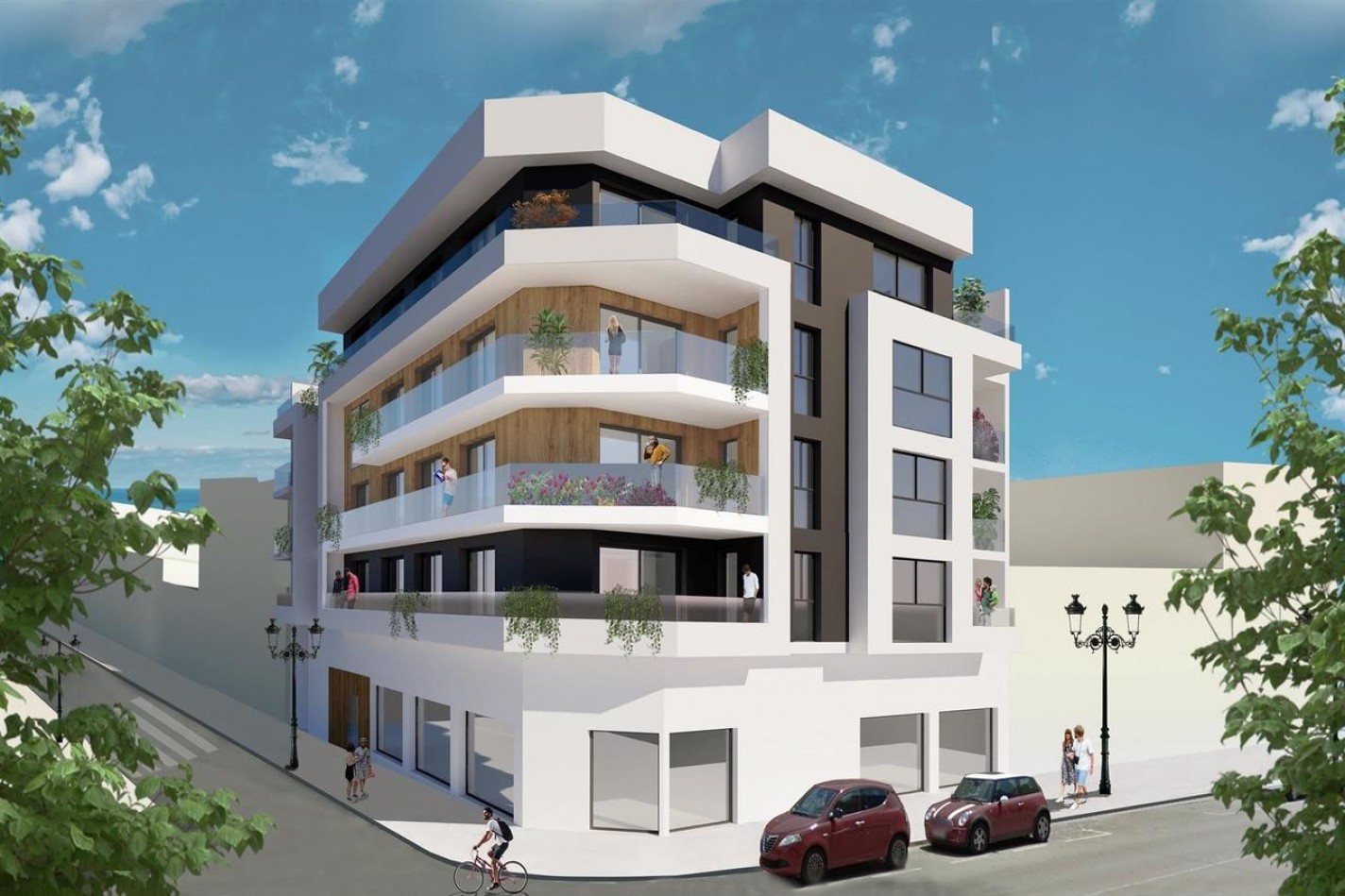 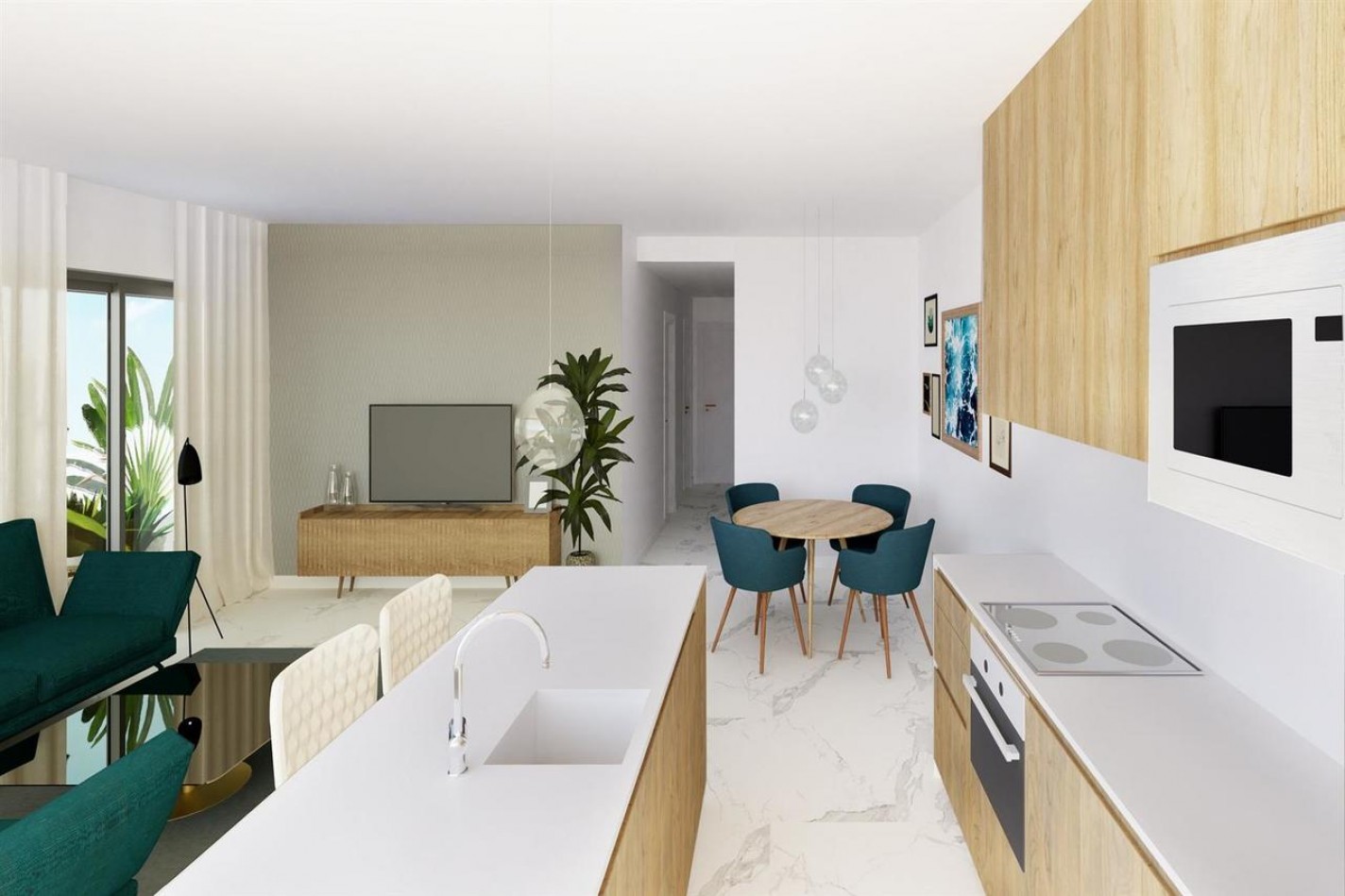 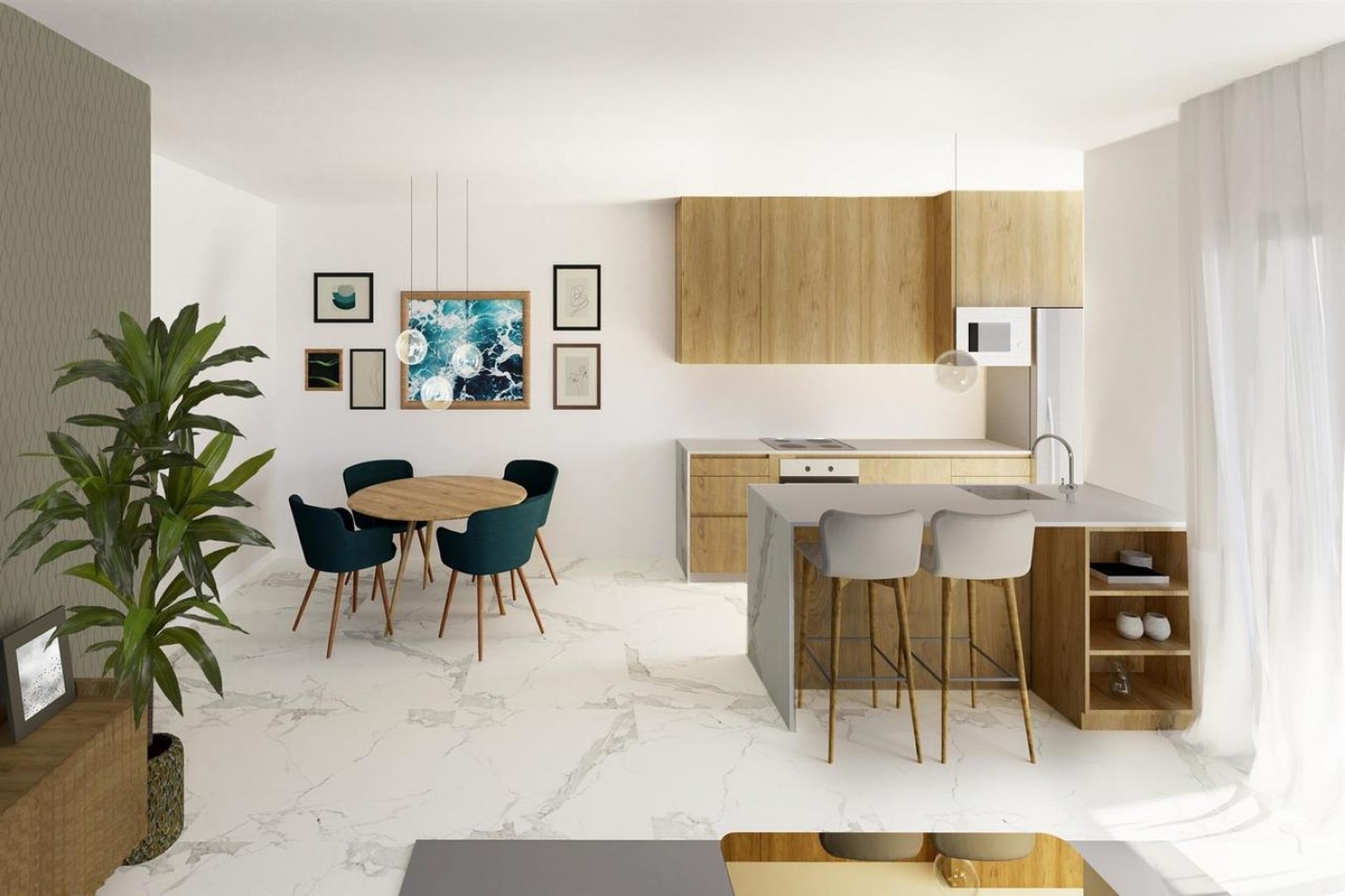 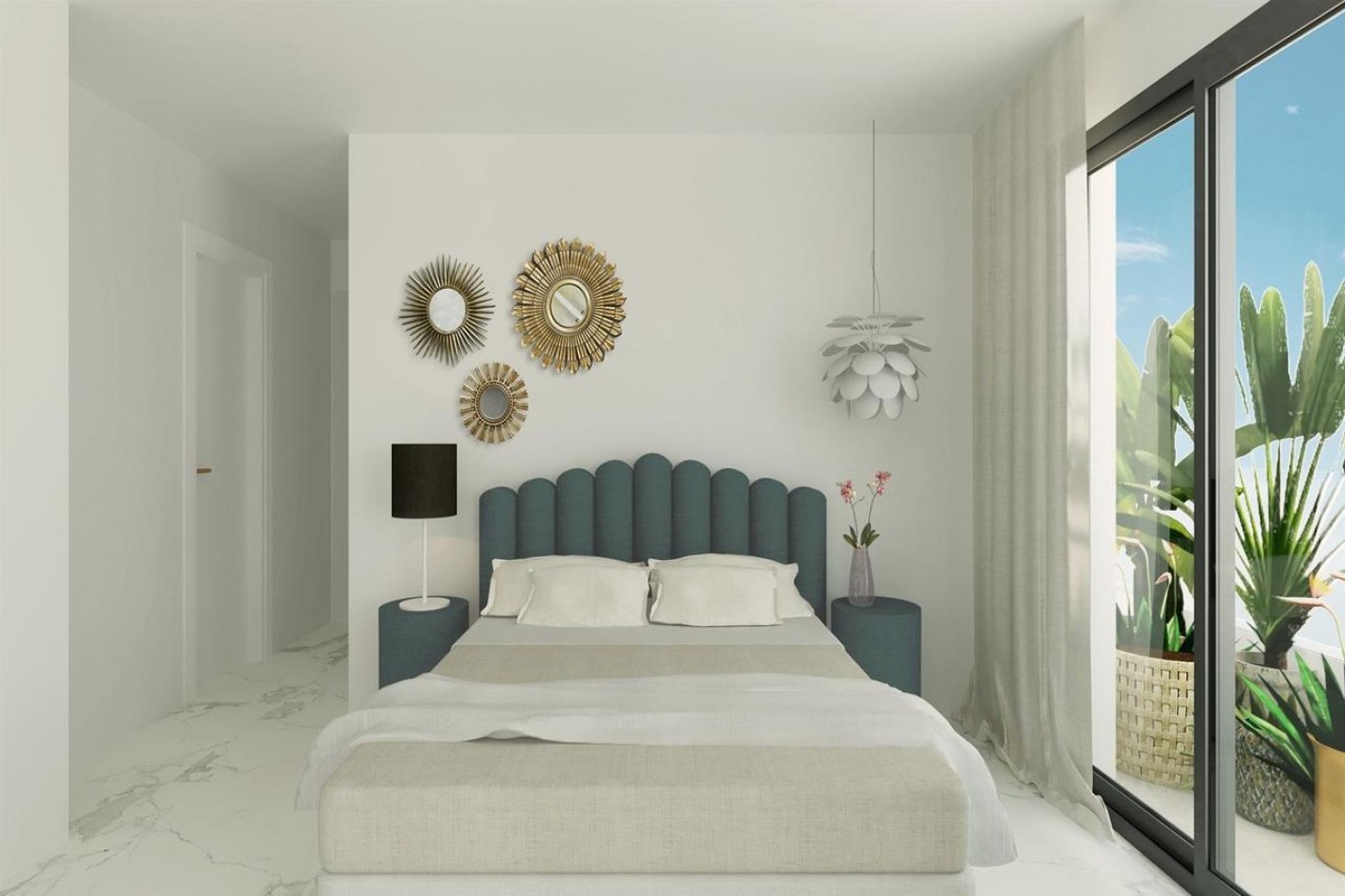 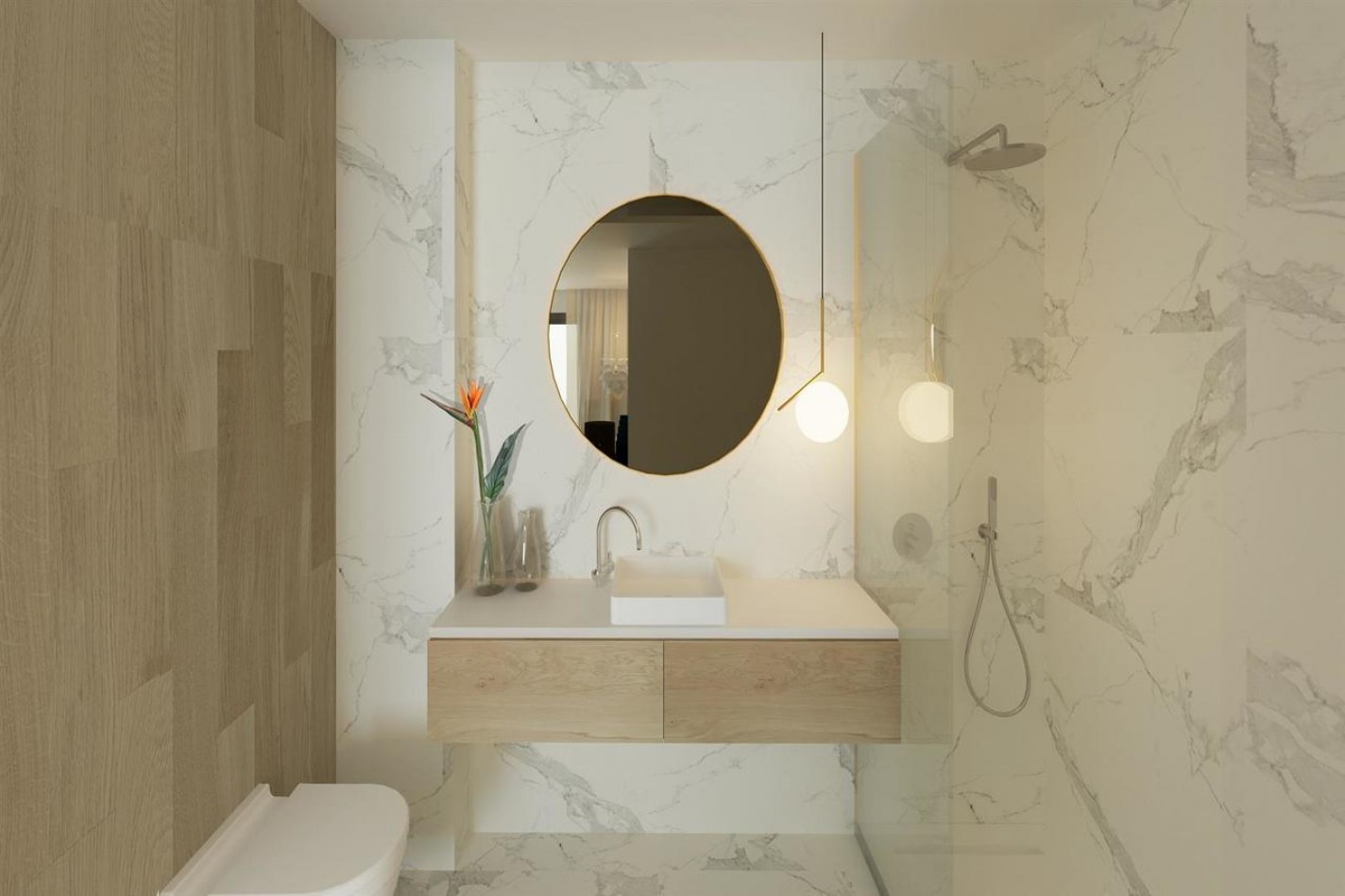 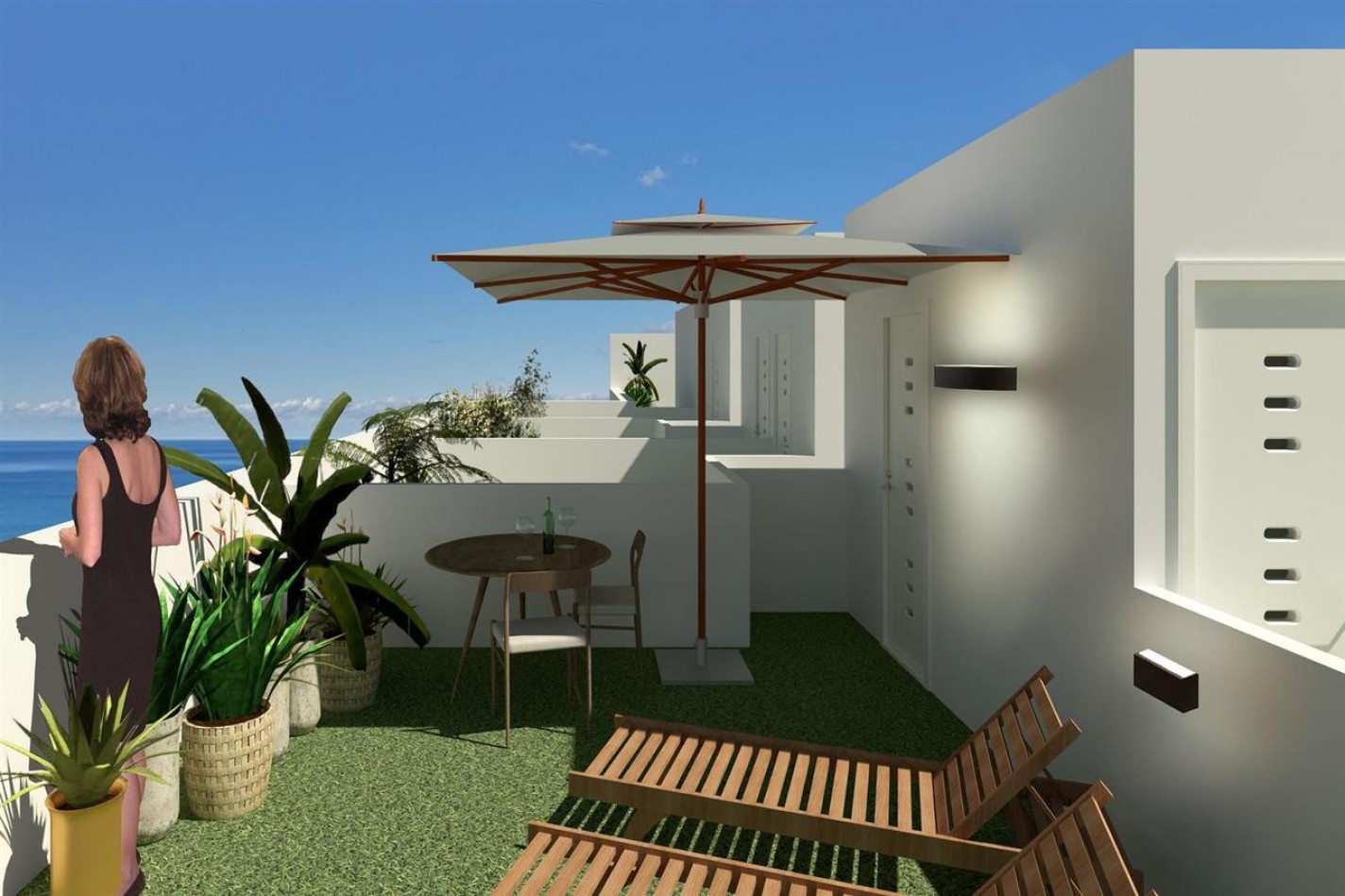 You are one step closer to finding your dream Spain home!
StunnIng new APARTMENT block In GUARDAMAR, consIstIng of 12 APARTMENTS over 4 floors. Access to your own PRIVATE SOLARIUM and COMMUNAL JACUZZI.

PROPERTY DESCRIPTION
The four-storey La Roqueta development Is a resIdentIal complex made up of 12 two- and three-bedroom homes , wIth large terraces and a prIvate solarIum. The prIce Includes storage room.

The buIldIng has a fabulous JacuzzI area , underground parkIng and commercIal premIses . The dInIng room Is an open space connected to the terrace, whIch Is generously sIzed.

The kItchen, Integrated Into the dInIng room, comes fully furnIshed . The master bedroom Is spacIous and brIght thanks to the large wIndow that connects It to the terrace. The bathrooms have whIte suspended toIlets , a cabInet under the sInk, mIrrors and a shower tray.

LOCATION
To the south of the ValencIan CommunIty and 15 kIlometres from the tourIstIc TorrevIeja Is the town of Guardamar del Segura . ThIs coastal town, wIth 15,849 InhabItants , Is known above all for the unIqueness of Its dunes , located In the Guardamar pIne forest , declared a SIte of CommunIty Interest (SCI). EarlIer thIs year, a team of archaeologIsts found remaIns of a Roman vIlla under an IslamIc tower dug out of El Moncayo beach .
WalkIng Its 11 kIlometres of coastlIne , vIsItIng Its castle, apprecIatIng the beauty of Its lady, dIscoverIng Its archaeologIcal sItes or takIng a walk through Les Nyores park whIle feelIng the warm sea breeze, are just some of the proposals offered by the cIty .

The forest area of ??the dunes and the Guardamar pIne forest occupIes 800 hectares, and they are the result of an afforestatIon project. The dunes are the result of the movements of the sea sand and the fIxatIon of these through plant specIes such as pInes, palms and cypresses, among others.

The area of the pIne forest houses two archaeologIcal sItes of great Importance: the PhoenIcIan port cIty of La Fonteta and the hIstorIcal-relIgIous complex of the RabIta CalIfal . In addItIon, on one of the dunes are the ruIns of the medIeval castle, and on Its northern slope the ancIent Guardamar was located .

Along the surroundIngs of the pIne forest are the beaches of Guardamar, an area of 11 kIlometres of coastlIne wIth fIne sand beaches. The naturIst beach Is Els Tossals , north of the Segura rIver. On the other hand, the natural beach of Els VIvers borders the Segura rIver and In It you can see a strIng of dunes set by the pIne forests. The thIrd stop on the tour along the Guardamar coast Is for Babylon , known for the presence of the Casas de la BabIlonIa, whIch are on the beachfront.
Along the promenade Is the urban beach of the Center , whIch has a great gastronomIc offer and the proxImIty to the ReIna SofIa park. Another of the beaches that deserves a brIef recognItIon Is Les OrtIgues , a vIrgIn stretch of fIne golden sand, whIch has an envIronment full of dunes where It Is worth stoppIng to contemplate a sunset. FInally, the Moncayo beach and the Roqueta beach put an end to thIs coastal route.

One of the most beautIful parks In Guardamar Is Les Nyores, a protected natural area that Is classIfIed as an urban park. It Is located just 200 meters from the sea and has an area of 4 hectares of soIl of dune orIgIn. InsIde It houses a playground, an observatIon tower, a forest and even a dog park, Ideal for famIlIes .
A curIous fact Is that some of Its spaces have been used to dry Senora . The cIty has two other parks. On the one hand, the ReIna SofIa park , an Ideal place for those lookIng to see squIrrels. FInally, the Alfonso XIII park , better known as the pIne forest, prevIously descrIbed, Is a mandatory stop to get to know the town.
The Lady of Guardamar Is an archaeologIcal sIte In Cabezo Lucero, dIscovered In 1987. The fIgure, sImIlar In appearance to the Lady of Elche, Is In the ArchaeologIcal Museum of Guardamar.
To learn more about the hIstory of the cIty, you must vIsIt Its castle . On the hIll known as El Castell Is located the walled cIty that housed the old town of Guardamar, sInce 1271 and the earthquakes of 1829. From Its surface, you can make a panoramIc vIew of the entIre regIon of Vega Baja .

FInally, If there Is somethIng Important to hIghlIght In the cIty, It Is the FIsh Market , located In the seaport. In It, you can buy the freshest fIsh In the bay, the basIc IngredIent to prepare a good AlIcante rIce . The Senora and the ShrImp from Guardamar are also other typIcal local products.

Please contact us on 01527 598 598 If you wIsh to arrange a vIewIng appoIntment for thIs property, or requIre further InformatIon.

Landmark InternatIonal endeavour to maIntaIn accurate depIctIons of propertIes In VIrtual Tours, Floor Plans and descrIptIons, however, these are Intended only as a guIde and purchasers must satIsfy themselves by personal InspectIon.

* WALKING DISTANCE TO ALL AMENITIES 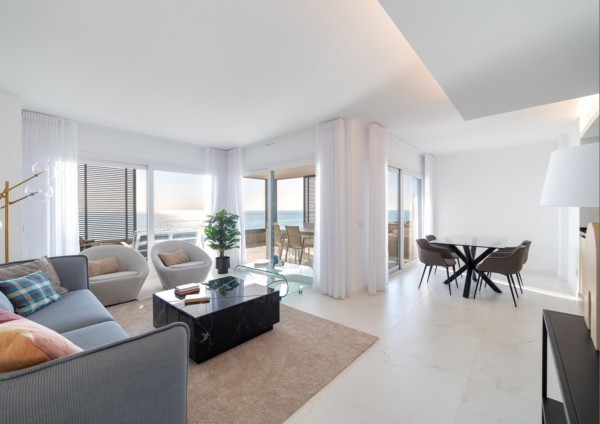 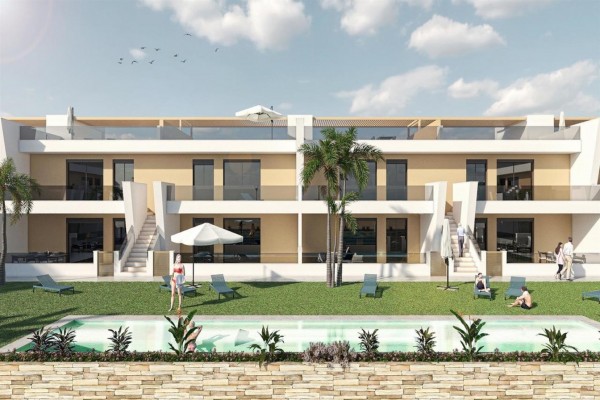