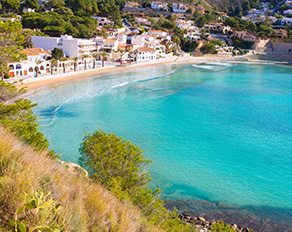 5th November 2017
Following the UK's decision to leave the European Union many expats, holiday home-owners and investors have raised important questions about buying property overseas and their rights to live in another EU country. Here are answers to some of their concerns.

Can I still buy a property in Spain, France or Portugal?

Yes, nothing is going to change for some years to come. While the Brexit is being negotiated, Britain is still a fully paid-up member of the EU and, therefore, its citizens still have the same rights as they did before the referendum.
It is forecast that it will take at least two years of negotiations to leave with any changes to trade agreements taking many more years to settle after that. Therefore British property buyers should not feel any impact for some years and it's not expected to be major.

What could happen to my property when the UK does leave?

Spain and Portugal has a long history of welcoming overseas investors from around the world. Foreign buyers account for one in five property sales in Spain and, whilst many of these are from the UK, non-European buyers are also big investors and enjoy similar rights to EU nationals.
This investment is very important to Spain's economy (and Portugal's) and so leaving the EU is highly unlikely to affect the rights of UK citizens to buy in Spain. Indeed many politicians have come out to publicly support expats, calling for calm and unity.
The president of the Valencian government Ximo Puig said: "The Valencian Community has been, is, and will be a welcoming land, a land that wants to do business for the benefit of all. Whatever the next chapter in Europe will be, we want it to be written with friendship and cooperation with the United Kingdom." Alicante and Murcia are big and popular areas for second homes and permanent residences for UK citizens and massive areas to holiday in as well.

Could the market crash?

This is perceived as highly unlikely. Although British buyers are the biggest overseas investors, it is still just four per cent of the property market. Many foreigners (Non residents) buy in Spain and Portugal from throughout Europe including Germans, Dutch, Belgians, French, Russian and Norwegian so the UK is a significant, but still small, sector. So even if the UK demand fell to zero - which again is highly unlikely - it would only create a very small ripple. 50% of Girasol buyers are now non UK citizens.
Spain's property bubble burst in 2008 (and Portugal) which saw prices halve in some areas. It has been recovering steadily in the past two to three years with prices in the popular areas starting to rise but it is still a long way off its peak. So the worst-case scenario of a Brexit fall-out would be restrained growth.

Will it still be possible to get a mortgage?

Yes. Banks in Spain usually ask foreign investors for a deposit of up to 40 per cent. It is possible that they could put this up but banks consider the current level to offer considerable protection. It is unlikely this will change considerably. The European economic climate goes hand in hand with low interest rates and so taking out a mortgage or loan is still very good value, we have seen 10 year fixed rates this week at 2.5%.

What could it mean for sterling?

The Pound has been volatile in the lead-up to the referendum and is likely to remain unsteady over the next few months. Effectively, a weaker pound will make property in Spain more expensive for UK buyers. The best thing to do is to use a currency exchange company as their experts can read the markets to get the best rates. We would recommend Foreign Currency Direct which offers a specialist foreign exchange service.
It is also worth bearing in mind that properties in Spain are still much cheaper than in most parts of the UK. If you are selling up in the UK, you are likely to get a lot more property for your money in Spain. Prices are still about one-third cheaper than at their peak in 2007 and so property is still excellent value for money.

What about my pension?

Obviously a weakened Pound is going to affect your spending money in Spain. You will find your pension still goes further than in the UK as prices are lower for so many day-to-day items including a few treats such as a glass of wine in a Spanish bar from as little as €1.50 or a pint of lager for €2.50. At present, UK pensioners living in any European Economic Area have their pensions and social security payments automatically increased each year just like their counterparts still living in the UK. This is a mutual EU agreement and is expected to form part of the Brexit talks.
At the very worst it could mean that expat pensioners are given similar treatment to those in Canada and lose their right to inflation-proof increases. Effectively it means their pensions are frozen.

Will I still get free public health care if I move to Spain?

Yes, at the moment. While Britain is still an EU member then these reciprocal health-care arrangements will stay in place. However, this could change. Many people moving to Spain are older people - pensioners or early retirees - who generally need more health-care than younger generations so this could change. At present, expats registering for a NIE number have to show proof of income and have private health insurance if they are not working or contributing to the Social Security system. If you need a quote for Health Cover please let us know by emailing health@girasolhomes.co.uk*.
It is likely that Spain will expect pensioners to take out private insurance* in two years' time. If you have a European Health Insurance Card, issued by Spain, Portugal or the UK, this will remain in place for at least two years too. This is an agreement within Europe to allow residents to benefit from health-care while travelling so it is possible this could be kept in place.
What about tax and inheritance tax?
All EEA residents, including British, pay the same inheritance tax as the locals. Also the double-taxation treaties are not made by the EU so Brexit will not affect any existing tax agreements between Spain and the UK.
So, what will happen next?
Nothing will happen for at least two years while the Brexit terms are worked out and so the best thing to do is to keep calm and carry on. This two-year period of talks will not begin until Article 50 has been triggered which is not due to happen until the Prime Minister David Cameron actually leaves office in October and his successor triggers this procedure.
The referendum is not legally binding and there is every possibility that MPs will squabble over what to do next, including who is going to be responsible for triggering Article 50, so it could be a very long, drawn-out process. The only thing we should notice is that exchange rates will continue to fluctuate for a while because of uncertainty over the future so make sure you get the right advice with this crucial matter from us as soon as possible.
In the meantime it is business as usual with Britons continuing to enjoy the benefits of being part of the European community for some years to come.
Any questions just ask us we are delighted to assist as always.
Nigel Salmon and the Girasol Homes Team